It’s not often that MoneyWeek writes about InsurTech and it’s not often I err into the realm of politics, but here’s nothing like a few days off and some long walks in the Suffolk countryside to get one into a more philosophical mood.

These musings were prompted in part by this article from Matthew Lynn on the twin threats to London of Brexit and technology.  I believe that the issues that underpin these threats are closely linked and here's the theory.

There’s clearly political repercussions from, among other things, the advance of technology and the growing sense of disenchantment felt by those most affected by it.  This was discernible in Brexit and is part of the reason Trump has such a following in the US. I’m no political analyst but I think there was pattern in the Brexit vote whereby the young, digitally native, multicultural optimists were predominantly for Remain and the older, analogue native, less accustomed to diversity more alienated by the effects of innovation were more inclined to Brexit. The latter was partly as protest and partly in the vain hope of a return to former glories.  It wasn’t the defining characteristic of the vote, but it was a feature and it’ll be a feature in the US Presidential elections too.

It’s not good science to extrapolate too much from the behaviour of one’s own family, but indulge me, there IS an insurance innovation point to all this. We Merttens had three generations of referendum voters in our family - the grandparents - all in their 80’s - voted for Brexit and everyone else voted Remain.  I’m a great respecter of democracy so my parents and in-laws can vote how they like, but what really got my goat was that they never asked their children or more importantly their grandchildren what they thought  - the views of the younger generations were clearly of no influence on their decision making.  As Groucho Marx put it “Why should I care about future generations?  What have they ever done for me?”

A similar micro-dynamic exists in the insurance market.  Despite the valiant efforts of a handful of progressives who're trying to drag the London insurance market into the 21st century, the dark forces of skepticism and negativity are mobilising again. While I know London and it’s working best, I’m conscious that the insurance community's reluctance to innovate is a universal problem. Despite all the incredible things coming out of Silicon Valley, the US and its deference to agency perpetuates a market that in many ways is even more arcane and I don’t see much to shout about in the rest of Europe either.

The simple fact is that the incumbent insurance world finds it incredibly difficult to accept the inevitability of technological advance. It’s not because the leadership, senior underwriters and brokers are not bothered or aware of it. It’s more active than that – more of an orchestrated rearguard action designed to hold back progress so as to ensure that this generation of managers can see out their careers using the same analogue model they’re accustomed to. To them I ask the same question that I asked the grandparents, are you not worried about your legacy?  Not concerned about the long-term effects that this lack of action will have, particularly on the next generation seeking to make their careers in it?

I think I know the answer, but this is not just another doom and gloom article, I’ll leave that to Moneyweek. Unlike many of my generation, I’m a genuine optimist always on the look out for a signs of encouragement and there’s plenty to hang one’s hat on. For a start, despite all the political upheaval of the moment, the simple fact is that the world is getting richer, healthier, fairer and greener. What’s not to like?

Then we have to understand that that insurance itself is going away.  As technological advances accelerate, so do levels of uncertainty about the way we live and the consequences of the unforeseen. As insurance is fundamentally about protection from uncertainty there’ll be plenty of demand for it in years to come. The real issue is much more about who will provide the insurance products and services required to meet evolving customer needs and the bottom line is, that if the incumbent providers can’t do that then others will. Not in a big bang kind of way, just gradually, but destructively.

The more immediate reason for my increased optimism lies closer to home and arises from my role as co-convener of InsTech London, an insurance innovation forum designed to bring those interested in innovation together with likeminded folk and to showcase the best of innovation and innovators. In the last couple of months, membership has started to increase rapidly - to well over 1000 people – driven in the main by under 35s.  I believe these are welcome signs that the millennial workforce has worked out what’s going on. They want to understand what innovation looks like (even if their bosses don’t), are seeking a voice and an influence over the future of the industry.

These are encouraging signs, but before getting over-excited, there’s another parallel with the Brexit experience.  Back in June, the huge majority of the young who voted wanted to remain, but their percentage turnout was low and the excuses for that poor (“too busy revising” doesn’t do it for me!). When it comes to having an influence on the future of the insurance market, please don’t do the same. If you really want a career in insurance don’t sit there passively and let the advances of technology pass you by allowing your job to go to a machine or someone else employed by a company that could see what was coming and then afterwards blame your employer. Even if you don’t understand the intricacies of what’s going on here at least make sure you’re part of it, not made irrelevant by it.

As Vivek Wadhwa put it in his recent article, I Already Live in the Future: So Should You, “We have a choice: build an amazing future, such as we saw on the TV series “Star Trek” or head into the dystopia of “Mad Max.” It really is up to us; we must tell our policymakers what choices we want them to make …but first, we must learn about these advances ourselves and be part of the future they are creating. That future cannot be ignored.”

So, for us insurance Brits it’s a case of here we go again. First we had Remain or Brexit.  Now we have Remain (stuck in the analogue era on legacy kit emailing and scanning) or Techit (adopt the relevant technological advances so as to understand data better and give a proper digital experience to our customers).  You won’t get a vote, but that shouldn’t stop you having a voice and campaigning for your choice. Please do, one day I want to finish on the winning side!

The City is spending a lot of time worrying about Brexit. Technology is a far bigger threat in the longer term. 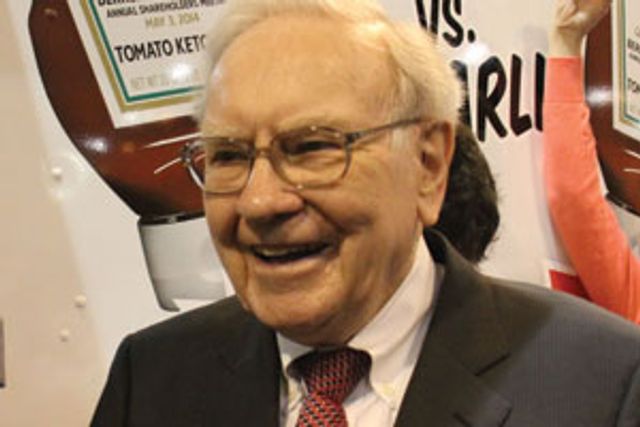