Insurers-Are you swimming in a large fish bowl unaware of the tsunami of disruptive change that is just a swell today but will be a drowning gigantic wave tomorrow?

An article today quoting Rob Galbraith was the catalyst to my question.

"When I do keynote speeches I often describe an experience I had that I think is typical of insurtechs, where I was at an underwriting conference as part of the Society of Chartered Property and Casualty Underwriters (CPCU),” he says.

“I was at this conference in Indiana and I met this guy from Silicon Valley. I said to him ‘glad to have you here, but why are you here?’”

“He told me “I’m here to learn everything there is to know about your industry, and then I’m going to go back to Silicon Valley and you’ll all be out of a job next year.”

Is that hubris, the advance of disrupters or are there bigger forces at work?

White papers and research pose such questions to incumbent insurers but there is an inherent problem asking incumbents to predict the future. They tend to read what their peers in and outside the company say, ruminate on conversations with other CEOs, CIOs, and listen to challenges from consultants in the same environment.

Hence the goldfish bowl metaphor above.

Galbraith makes an important point in the linked article

“Folks that are insuring bicycles, scooters and drones or bringing new propositions to underserved areas like pet insurance with an end-to-end solution are in many cases testing their products.

A lot of the companies I’ve talked to have their eye set towards bigger prizes, but they’re proving out their models in spaces without direct competition.”

A significant danger to incumbent carriers comes from the investors in Lemonade, TROV, SLICE, and highlighted in this article about Root.

Once they have proved business models will they be swallowed by digital giants like Amazon, investment giants like Softbank, reinsurer giants or even incumbent carriers?

Countering this carriers themselves are proving new digital products and models. Just because they are largely hidden from detailed view does not mean they are not happening with as much vigour as that of the Lemonades of the insurance world.

Signs are few and far between beyond that of the PR hype. But underneath the hood you can see signs of progress. I decided to go on the hunt for real self-service digital claims. Can I find a "Make a Claim Button" which starts an automated FNOL process?

Most lead to disappointment and just patch the claimant up to a claims handler. Some start promisingly letting claimants describe the incident/loss, add some photos and even video but then force the claimant in to calling an adjuster albeit in a defined time slot.

There are beacons of light.

Pet needs treatment and I found a fully digital pets claim process at Direct Line. And  the same for Landlords Insurance.

Just as insuretchs are proving models so is at least one major carrier. I am sure others are as well it is just hard to find them.

Where is this leading?

Galbraith says " “Nobody has become big enough to be seen as an existential threat yet, but I’m convinced that it will happen in the next five years.”

Always wise to be cautious when predicting when and there is plenty of scope for major deployed innovation in the next year or so.

Carriers will depend on insurtechs that can scale in volume and across all insurance product categories/perils. The key question is how they can maintain a unique competitive advantage  which means they must not be constrained by the configurable limits of restricted platforms. They need the No-Code approach to allow the business to creatively innovate, iterate and deliver continuous improvement.

Insuretchs will depend on insurers with the leadership, culture, strategies and resources to act fast and across the enterprise.

These relationships are being forged today.

pwc's recent report "The untapped potential within the UK insurance market" raised criteria to bridge the gap between insurers and insurtechs.

"Having a two-way open channel of honest communication between the Insurtech and Incumbent will clear any confusion and ambiguity around problems, solutions and ability to deliver together".

"There should be an environment of continuous innovation fostered between the Insurtech and the Incumbent and the relationship should not finish once the project is p and running and embedded in business as usual."

Given the deep pockets of insurers, the steep learning curve to enter the market and compliance & legislative constraints you would expect carriers to win through over the next five years.

On other hand there is evidence of a lack of clear strategy, culture, leadership and resourcing amongst a significant segment of insurers.

But spotty innovation does not make up for a stagnating core. In theory, startups should provide valuable additions to insurers’ toolbox. Yet incumbents often dismiss insurtechs as “cute” little things that fail to grasp complexities, says Heidi Lawson of Cooley, a law firm. Administrative costs absorb 20-50% of incumbents’ premiums. A quote for home coverage is often a multiple-choice hell, with cascading options depending on such matters as whether you own a shed or keep bees. Businesses can wait months for a policy’s final wording. “It’s just so depressing,” says an industry veteran. 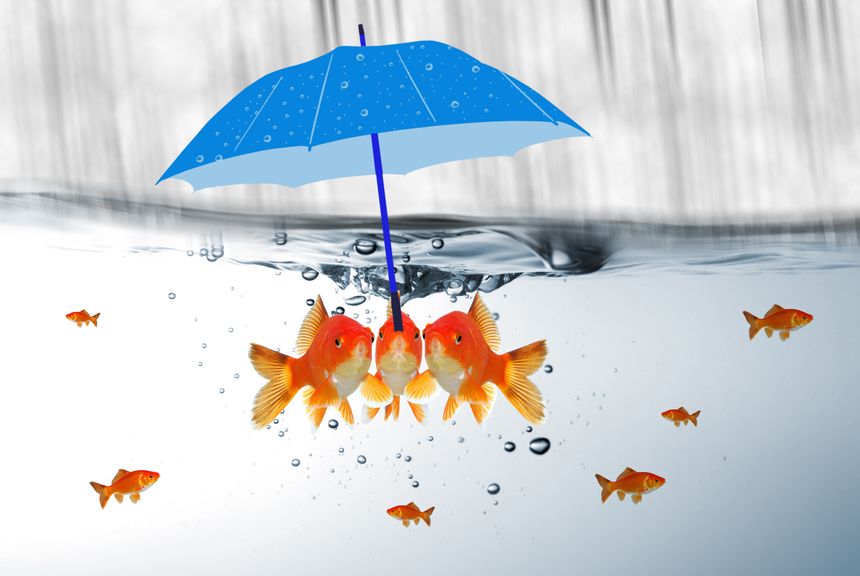 A primer on InsurTech in India
Rahul Mathur