“Irresponsible”, “entitled”, “the gilded generation that never had it so good”. It’s fair to say that society in general has a pretty dim view of the group of people currently aged between 18-34 - collectively known as Millennials or Generation Y. Amongst the various other criticisms levelled at the young professional cohort (immature, lazy, flippant - the list goes on), there is one theme that stands out, and to quote a 2016 article from Ratesetter: ‘the YOLO generation are clueless about money’. (Disclosure - the authors of this article are both in their twenties…)

But is this criticism fair and accurate? We ask this question on the back of research from Aviva and others which suggests that the millennial generation might be more careful about what they spend their money on than they are given credit for. Perhaps surprisingly, the research showed that c.50% of millennials categorised themselves as ‘savers’ and that the average 18-34 year old spends a great deal more time researching a purchase before clicking the ‘Buy Now’ button than you might have initially thought.

This could be as a result of a number of things - the generation grew up amidst one of the toughest recessions in living memory, are increasingly saddled with student debts, and facing the ever-growing cost of housing (and that’s just renting - don’t even get us started on being able to afford to buy a house!). According to the study carried out by Aviva, millennials typically have just £156 left each month after basic living costs and repaying student loans (according to some, millennials have become the generation of regret - that is, regretting the decision to go to university given the ensuing amount of debt).

Regardless of fault or cause, the research seems to suggest that the average 18-34 year old has less money to spend on, well, pretty much everything and as a result, despite millennials being conscientious spenders, perhaps it’s a case of “we’d love to save more - if we could”.

Notwithstanding all of the above, 70% of young people also indicated that their main motivation for work was to be able to afford to travel. Pair this with that generation-transcending, young person’s mindset of “it’ll never happen to me”, one starts to realise why arranging adequate non-compulsory insurance cover does not appear very high on their lists - we can’t afford it and we don’t think we need it!

However, with 16.2 million millennials in the UK alone, they now account for one of the largest generations in western history and this presents insurers with a great, significantly under-tapped market opportunity (we stop short of saying ‘untapped’ as some of the more innovative insurers have seen the light already).

The only slight problem (and it’s no secret) is that many insurers struggle to effectively engage with the young. Generation Y - technically savvy, independent, agile, synonymous with social media and the selfie - tend to be the polar opposite of most insurance companies. Unlike many other industries, insurers don’t yet appear to have worked out the magic combination required to target, convert and retain business from the young - indeed, a recent Gallups web panel survey found that 69% of millennials said they are actively disengaged with or indifferent about their insurance provider.

Enter the insurtechs, who have come to the party with all manner of technological wizardry. To (heavily) paraphase Sun-Tzu, “to engage your customer, you must think like your customer”, and with a better understanding (and to a certain extent, empathy) of the common problems faced by Generation Y and how to solve them, and the ability to adapt quickly to changes without the hindrance of long decision-making processes and slow turnaround times, insurtech businesses are perfectly positioned not only to tap the ‘Generation Regret’ goldmine themselves but to help the incumbents to do so as well.

As much as we might hate to admit it, millennials are not known for their patience. In today’s world, where you can order food online in under five minutes and book a holiday in just a few clicks, rightly or wrongly we want things yesterday, and where that isn't possible, we want things now. As members of the rental economy, we are also averse to paying for things we aren’t using. The insurtech community has risen to this challenge and responded with the creation of no-fuss insurance policies, such as MetroMile, which allows you to pay for insurance for only the miles you drive, appealing to, amongst others, students at university who leave their cars at home whilst they study.

‘On-demand’ protection is also the idea behind Trov, which enables users to simply turn on and off their insurance, in a few taps, as and when they need it. This shift in approach is something that is going to become more commonplace, with more solutions to cover a generation who view insurance as a luxury required as and when, not all the time.

So how do incumbent insurers compete in the increasingly digitalised, by-the-minute economy? Beyond the creation of new and novel covers, it’s important for insurers to realise that millennials don't want to be “sold” to - with so little disposable income, they want to feel as though they have made the buying decision themselves. Millennials want to feel connected to the product/service that they buy and this starts during the purchasing journey.

Therefore, traditional sales methods are no longer effective in their own right. Insurance companies need to give their younger customers the tools to make purchasing insurance quick and personal - for example, by allowing them to autofill an online quote form using their social media data from Facebook or LinkedIn (with their permission), or by helping them to understand where they might be under (or over) covered.

Here at Digital Fineprint, our focus is on helping the insurance community to disrupt itself from the inside out. We see ourselves as digital enablers, helping the oil tanker-esq behemoths to take on the mind of a jet ski. We firmly believe that if the major players lead from the front, adapting to the shift in the market and making the whole experience simpler and faster, all the while driving transparency between their customers and themselves, then we might just see millennials spending less time taking pictures of their food and more time getting covered!

We’d welcome your comments - as long as they are in 140 characters or less…. 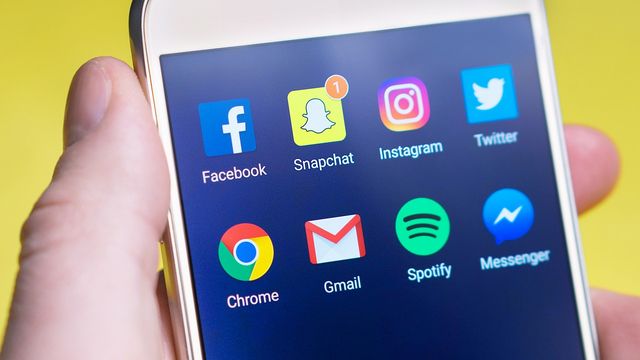