Paolo Cuomo co-founded InsTech London in 2015, and is currently a Principal at the Boston Consulting Group. He was recently shortlisted as a Tech Champion in the Insurance Times' Tech and Innovation Awards - you can vote for him here. You can read more about how Instech London has been using Passle here.

Claire Trévien: Firstly, for those who don’t know, how would you go about describing Insurtech?

Paolo Cuomo: InsurTech is the term given to the wave of technology-enabled innovation that is hitting all aspects of insurance – whether it's the use of AI to spot fraud, data from social media to help price risks, robotics to streamline the back end or drones to support claims. The term was coined in 2015, and the whole space has gained huge momentum in the last few years.

CT: You built a community from scratch with InsTech London back in 2015, which is no mean feat! If you had to do it all over again, is there anything you’d do differently?

PC: The biggest lesson from building InsTech London was that we underestimated how many people cared about the topic and how much hunger there was to learn for the people who'd been thinking about it just a little bit longer. As such we weren't bold enough in the early days. Our phenomenal growth has come about due to the people joining the network to meet people already in the network, not simply to hear from the founders, so if I was doing things again I would be pushing really hard the fact that everyone in the market should be joining a community like InsTech because there will always be someone who has experience that's useful for you, and you will undoubtedly have your own experiences through which you can give back.

CT: If you could only use only one social media network going forward, which one would it be, and why?

PC: We've had a whole range of different successes with social media. Twitter got us worldwide coverage most quickly, Passle allowed us to be taken seriously for our insight, LinkedIn got access to senior decision makers who "don't do social media". If I had to pick one I think I'd go with LinkedIn; just about everyone is on it and it allows a very effective sharing of content generated elsewhere, whether an Eventbrite event or a Passle post.

CT: Do you have any favourite tools when it comes to using social media?

PC: I use various – Tweetdeck and Buffer help when there's a series of messages to share; Crowdfire allows curating of followers; but I've not yet found one that fits all my needs.  While social media for an organisation such as InsTech London requires careful planning, for social media at a personal level to be genuine it needs to be triggered by a thought rather than over planned. Tweeting a photo of a newspaper headline on the train in the morning, or a quick Passle of an article a colleague has shared, will typically give my followers the best sense of what I'm currently thinking.

CT: You’ve recently been shortlisted for a Tech Champion Award at the Insurance Times’ Tech & Innovation Awards 2017 – what would it mean to you to win?

Well, it would be truly fantastic! It's a real honour being shortlisted, especially given this award is so new – the whole idea of Tech and Champion in the same sentence was implausible just a few years to go. every person on the short list has done great things for insurtech over the last couple of years, so winning in such company would feel really, really special. 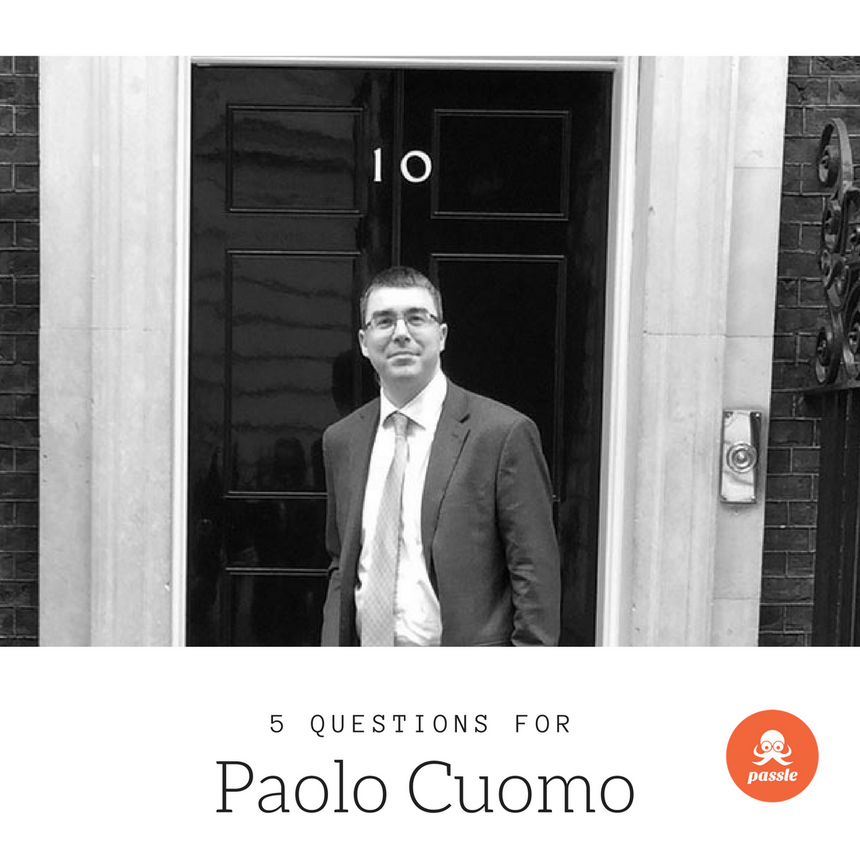 We may be a little biased(!)...but we'd love to see some support for Paolo from the @InsTech_London community! https://t.co/7NY0nDaIFf pic.twitter.com/S6hkd4eTBR

How to easily ruin your reputation using digital marketing
Anonymous

Dare to be Different: 5 Law Firms with YouTube Channels that Stand Out (for all the right reasons)
Passle

Sales vs Marketing: Must it be a Fight?
Passle

Training your employees to use social media: guidelines vs empowerment
Anonymous
Recent posts from InsTech Meetup