In a week in which news for and from the insurance community was rightly dominated by the effects of Hurricane Irma and the potential $100billion of losses that are estimated to lie in it's wake, the news of an initiative to completely re-write the way marine insurance is transacted using the blockchain understandably did not get the attention it deserved.  It's however possible that the effects of the latter will be felt long after the losses from the former are paid, particularly in London, the traditional heart of marine insurance.

While it's only a Proof of Concept and it only involves a handful of parties, I believe it's instructive and important initiative for the following 10 reasons:-

1. I have no inside knowledge, but my instincts say that the most important party in this initiative is Moller-Maersk, the world's biggest container shipping company. This is a customer whose business you never want to lose and if you provide services to them and they say they're fed up with the cost and inefficiencies of moving bits of paper around then you have no choice other than to do something about it.

2. There's no real difference between Moller-Maersk and insurance customers generally.  Most are pretty fed up with the way we provide our services, but only the biggest have enough leverage to make insurers and brokers jump when they say jump.

3. There's long been a notion that InsurTech and the innovation it is driving is the preserve of retail insurance only. That it's about customer engagement and use of social media data and the like and that the big ticket insurance business that is the bedrock of the London market is inherently too complicated for InsurTech to be relevant. I don't think Moller-Maersk agree.

4. This was not a market wide initiative. It wasn't spawned by the LM TOM innovation initiative and, at the risk of biting the hand that part feeds me, is probably why it's got this far and stands a great chance of going all the way.  This stuff can't be done from within - the vested interests would duff it up well before PoC stage. We need more innovation driven by small groups of like minded companies taking the initiative.

5. Lars Henneberg of Moller-Maersk made it clear that "insurance transactions are too tedious and frictional. The distance between risk and capital is simply too far." In other words, they want their risk data and the risk capital that they want to access to be closely linked and they see the blockchain as a way of doing that.  This is yet another example of how innovation in insurance is collapsing the value chain. If you're currently sitting somewhere in the middle of the marine insurance value chain get up the chain, get down the chain or get out of the chain.

6. It was good to see Willis Towers Watson as part of the gang. It's not clear what the brokers role in this new paradigm will be, but it certainly won't involve passing pdf's between client and insurer or I suspect, handling any money. So it's a very different role with less value and more transparency which I'm afraid to say will translate into less reward. However, when a big client like Moller-Maersk says what they want, don't try and put up a fight. Instead place yourself at the heart and start of the initiative and work out a way to create value and stay relevant.

7. There is no startup involved in this initiative (Guardtime is the biggest blockchain developer in the world and now 10 years old). There is something of a current fascination with InsurTech startups at the moment and the belief that they'll spawn the next big thing. While there is some great ideas and businesses coming out of that community, the game changing innovation around OpEx and infrastructure will come from the big companies like Maersk, Microsoft, EY etc. working with the most open minded of incumbents and not from a bedsit.

8. You'll hear a lot of concerns expressed about the scalability of Bitcoin, not knowing what will be the winning platform for blockchain (VHS v Betamax all over again) and the lack of a coherent regulatory and governance structure, but the truth is that the potential of the blockchain is so enormous smart folk are going to use it anyway and sort those issues out as they go and not sit around using them as an excuse to do nothing until they're resolved.

9. If this works for marine insurance then there is no reason why it can't work for all the other specialty classes too. It's not starting with marine because it's the easiest to do, it's started there because a marine client kicked it off.

10. Marine insurance is by common consent the most fiercely conservative class conducted in the main by people who are proud of its traditions and usually set against any change. They have mounted successful rearguard actions when faced with similar initiatives in the past and many will do so again. I know to my cost that it's dangerous to underestimate the forces of conservatism.

With apologies to those who are not Game of Thrones fans or who have not completed Series 7, I'm expecting the future of traditional paper based marine insurance to be like watching the fall of the Night's Watch in GoT, another institution that has lasted hundreds of years. The shield that guarded the realms of men was powerless against the flames of the blue eyed dragon. There's one more series to watch, but it's clearly the beginning of the end of the brotherhood. I'm on the side of the blue eyed dragon.

Insurance transactions are currently far too tedious and frictional,” said Maersk’s head of risk and insurance, Lars Henneberg, in a statement. “Blockchain technology has the potential to facilitate the desired development that is long overdue.” 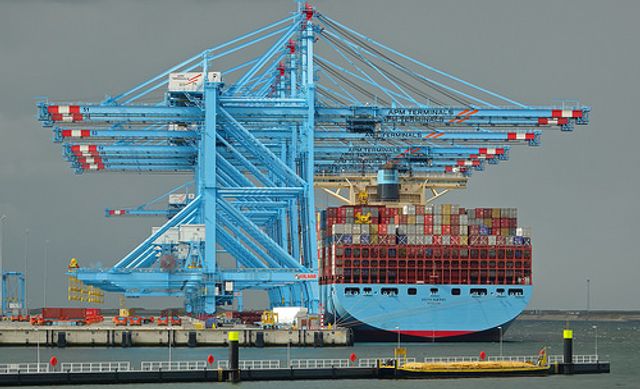